Maaan, this was a deep experience back then. The first ever FPS to have a 3d engine, the first Unreal engine. It was a struggle making it work, since back then I had a very weak PC.

When this game started to work, I was breathless. The game has a good story and when at the beginning the monster drags out the dead body, I freaked out. All the dark, wet textures, the maps, the beautiful and chilling soundtrack, all made this game a huge experience. It was my first real First Person Shooter and I simply loved it. It happened that I got stuck from time to time, but managed to find the way. Back then I did not have internet, so I could not check any walk-troughs or forums.

Weapons are also nice, well balanced. There was that one that shot crystal shards, I loved that the most.

I even installed this game on a computer in my school and played it when I could.

This game had the basics of the multiplayer that later became the Tournament. When finishing the single player campaign, I started to experiment on the multiplayer. It had bots to fight against, so I did not have to part from this game for a long time.

The end of the campaign is beautiful, I almost cried. I was happy and sad at the same time. Finishing the game was a huge achievement, but I knew that I will not see again those beautiful places in the game again unless I play again the campaign. 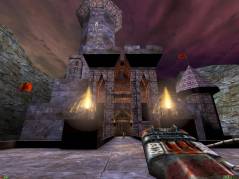 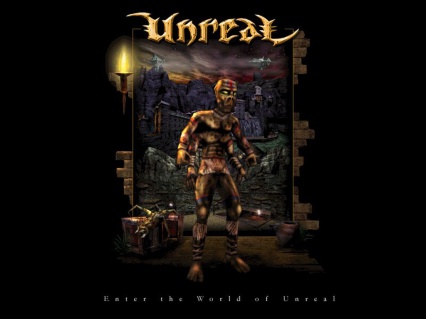