When I played this game, I already had a good PC. It was a gloomy afternoon, when I did not know what to play, like woman standing before the closet and bragging about having nothing to wear.

So, I was looking out of my head, when suddenly I realized I have some oldschool DOS games on my PC. It was a very nice journey, going trough all those fine games. But one caught me better than the others. And it was Dune 2. I never played Dune 1, but people say that Dune 1 is not a strategy.

So, Dune 2 is a strategy game, based on the famous novel Dune. It is about 3 factions fighting against each other to rule the planet. The planet is a desert-like wasteland and it has a precious mineral on it the factions are after. My favorite thing in this game is the Worm. A giant worm-like creature that eats tanks. It literally eats your tanks.

The game is very simple, one might think. But no, this game is the predecessor of modern action RTS games. You have to build structures to support your war efforts, build tanks and troops and kill the enemy. Now killing the enemy is not so easy. When one manages to make a good strategy against ground units knowing nothing about air units and the enemy suddenly rushes you with airplanes, you either rage-quit, or start the whole thing from the beginning.

This is an old game, but it has a lot of surprises. I used DosBox to play it, it is a small DOS emulating application that helps you go back to those times when games were run from the command line.

This game is so good, it also has cut-scenes and the story is amazing. If you look past the fact that you have to beat the enemy on ten maps per faction doing almost repetitive things, this game becomes really fund but mostly challenging even in the lowest difficulty. 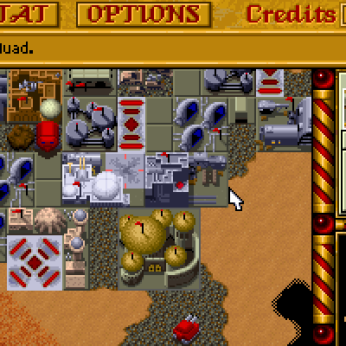 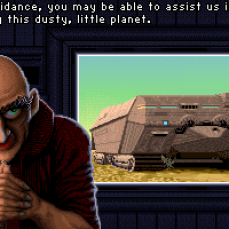 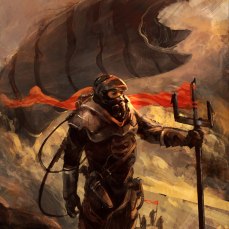