Buuuummmm. No campaign, no story, just mindless bombing. And it is AWESOME!

Atomic Bomberman is an old game and is about blowing shit up. You have to blow up the enemy with the bombs you lay. On the maps, you have different bonuses you can pick up that boost your bombs, your speed, anything. After a time you can lay 8 bombs in a row. Usually the game starts slowly, but in the and it becomes a freaking chaos, an adrenalin rush.

My memories regarding this game are more of the nights we played this game in LAN, up to 8 players, all against each other. It was crazy, we laughed a lot and also cursed a lot. This game is so intense, it almost reaches the heights of a mindless instant-respawn shooter game.

The background music is nice, it is a techno beat and the voice covers are good, too. The most fun is the middle of the game where everyone is still alive and all the bombs go off. It sounds like a war. 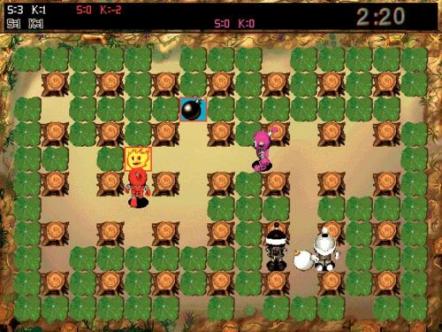