It was for a long time that I did not play such a good action FPS. Maybe the Serious Sam games were so good before Bulletstorm.

Bulletstorm has everything you need. It has a story, plenty of action, progression system and awesome guns. But let˙s not skip ahead of us. So, you are part of a hit squad and you end up on a planet where the inhabitants were people, but became mad because of some disease. Your goal is to get off the planet and maybe also kill the corrupt general, who made you kill all those innocent people.

There are some things in the game that made it lovable for me:

The action is scaled perfectly in the game. At the beginning, you get enough action to get to know the game, and at the end you just have an enormous amount of action, you can barely pay attention. But this is what makes this game so awesome.

The music fits the game perfectly and the sounds of environment are also perfect. I love how you get points for killing or damaging opponents in special ways. You can than use these points to upgrade your weapons and buy new ones.

The main reason why I loved this game is the adrenaline rush. So I give this game: 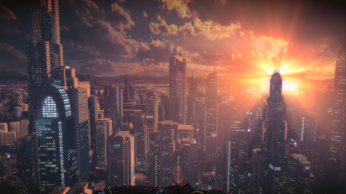