Aaaaah, Emperor battle for Dune. Such a nice game. I did love this game, a lot. However, back, when I played it, it seemed very difficult. I was used to the fixed perspective RTS games, and having the possibility to rotate the viewpoint was too new.

So, lets talk about the game itself. Like we are used to other Westwood games, this game also has cinematic cut scenes with live actors. I always loved how a good intro can get you in the mood for the game. Also, the play style is similar to older Westwood games, the main difference being the new graphics and additional controls.

The game has this real sci-fi feeling to it, it is darker and more rigid than its predecessors. The music is good, but a bit repetitive. The ambient sounds however serve their purpose by providing the necessary feeling to the game, like you really are a commander and there are really important things at stake.

In this game, you have to be really quick. Defense is of high importance, since you get quickly outflanked by the enemy. The AI is not the brightest, but they figure out the weakest parts of your defense, and you get quickly obliterated.

The other difficulty in this game is that there is action on so many levels, that it gets very hard to pay attention to every detail after a time.

I really enjoyed playing this game, even though I could not finish it due to its difficulty level.

I rate this game at: 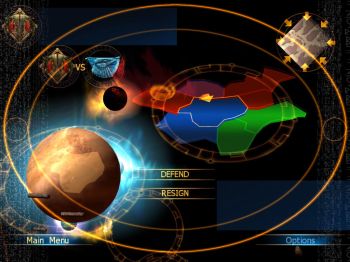 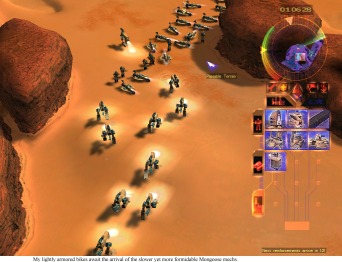 One thought on “Emperor battle for dune”